I have been wanting to ride Clear Creek for a very long time. I had only heard of this place from others (e.g. on SBR) and I’d seen all the pictures, but I’d never actually been there. Clear Creek was shut down by the BLM back in 2011, but a couple of years ago reports started coming in that vehicular through-traffic was being allowed as long as you had a permit.

With the recent KTM 990, this ride suddenly became a possibility and so I was excited. I got 4 permits (for Anil, Akshay, Ayon and myself) and we did the ride on Sunday August 4th. It was the middle of summer and the temperatures varied from 50F at the coast to over 100F inland, all in a matter of 5 hours.

Akshay (Triumph Tiger 1200) & I started the ride from Fremont and met up with Anil (V-Strom 650) & Ayon (R1200GS) at the Bailey exit on 101 in South San Jose. From there we took the freeway all the way down top Gonzalez and filled up on gas. This was at about 8 in the morning and the coastal area was foggy and cold, down to the low 50s.

First up was Gloria Road. This is a graded fire road that runs between 101 and Hwy 25. The road is super smooth and it was very easy to ride. We climbed to the top of the pass and by the time we descended, I was comfortably doing 30-40mph in the dirt. 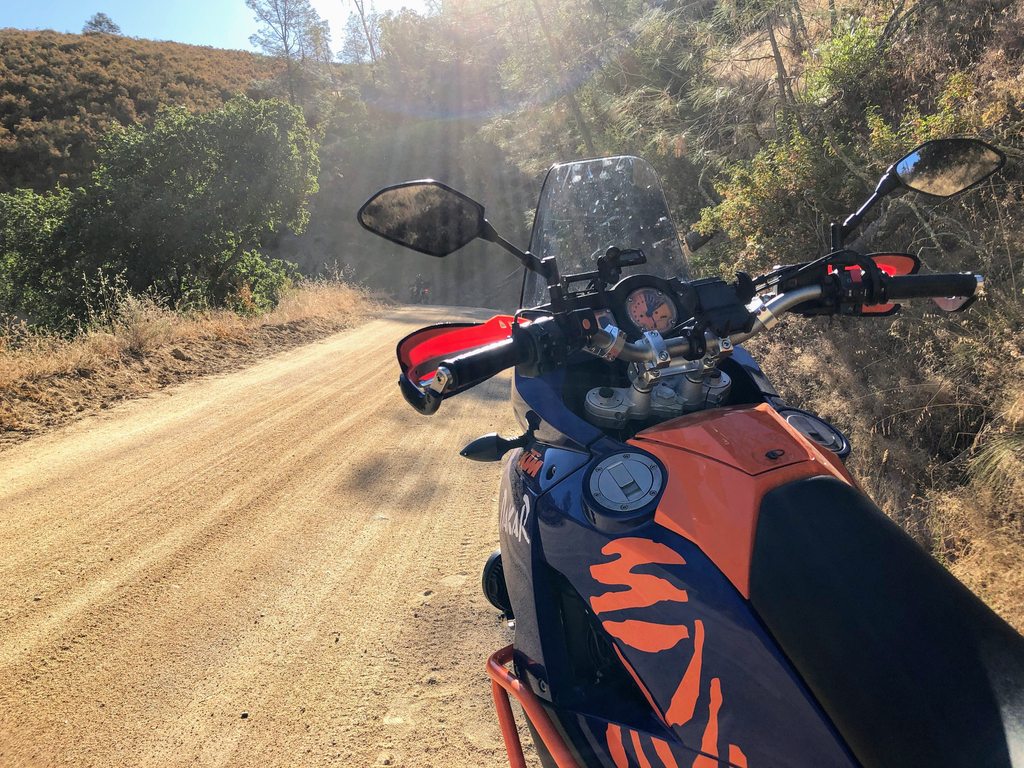 Next up was Old Hernandez Road, and the famous water crossing. I was a little nervous as I approached it, but I simple road it slow and crossed over with no drama.

We rode down Coalinga Road and entered Clear Creek. There is a locked gate and the the permit gives you the code to the locked gate. It was getting very hot by now, so we kept moving. 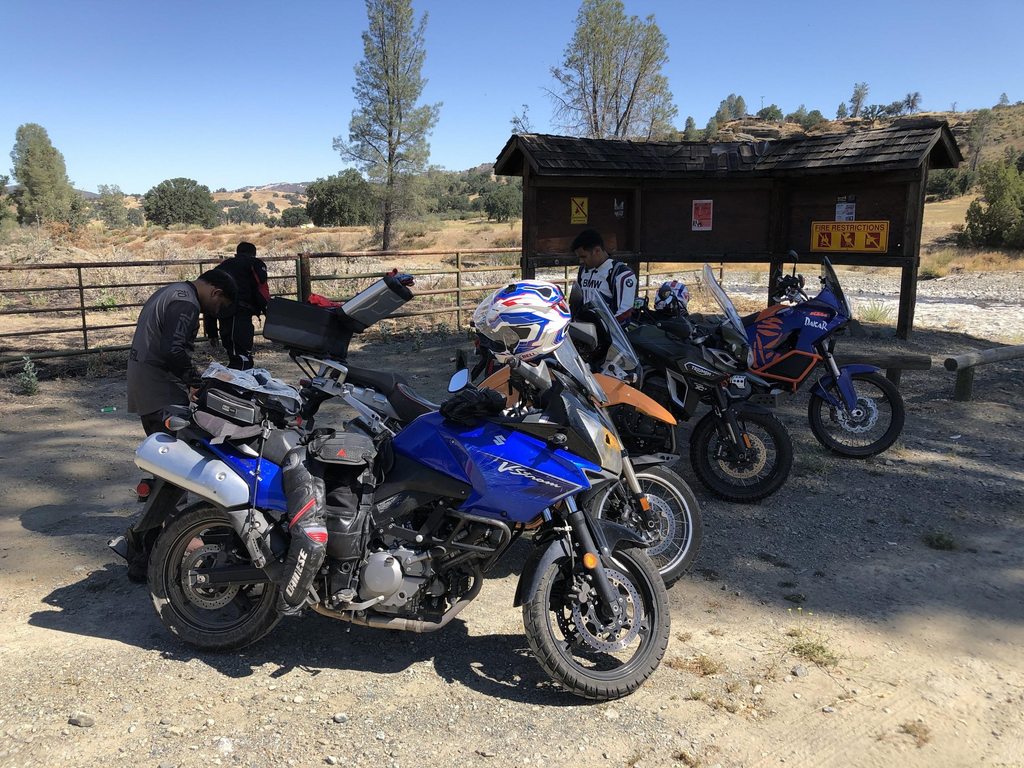 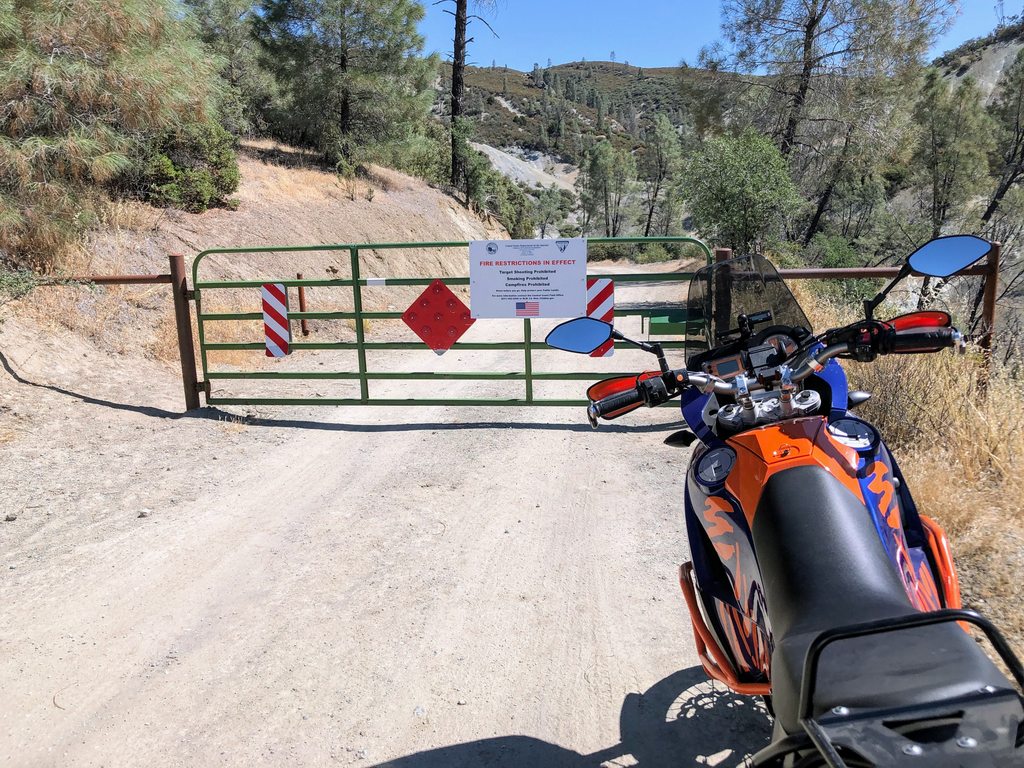 The road through Clear Creek was amazing. The rugged terrain, rocky cliffs and the general desolate nature of the place was fascinating. There was nobody there, we were literally the only ones inside Clear Creek that day. As the road climbed up the mountain we got some amazing views. The road back down was fairly challenging, with lots of rocks, ruts, dips and bumps. Anil got stuck in one of the ruts and he needed a little help getting out. 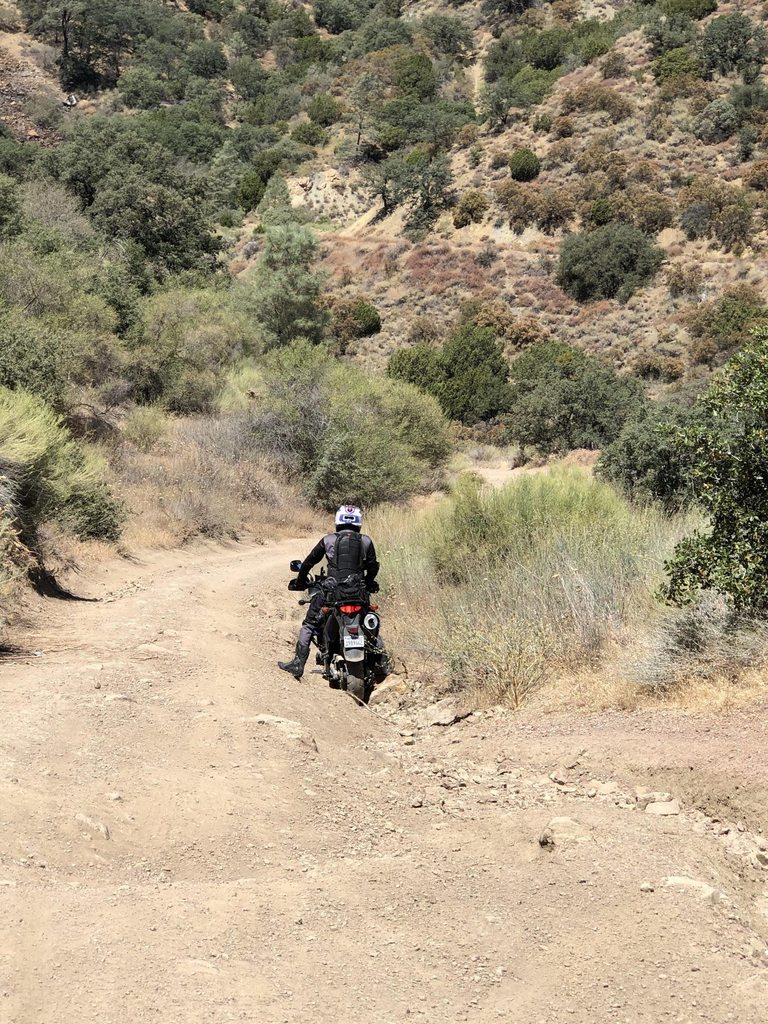 As we exited the BLM park, the lock code at the entrance did not work at the exit. We had to go around the locked gate. There was just enough space for a big Adv bike to make it around, but we did so successfully. 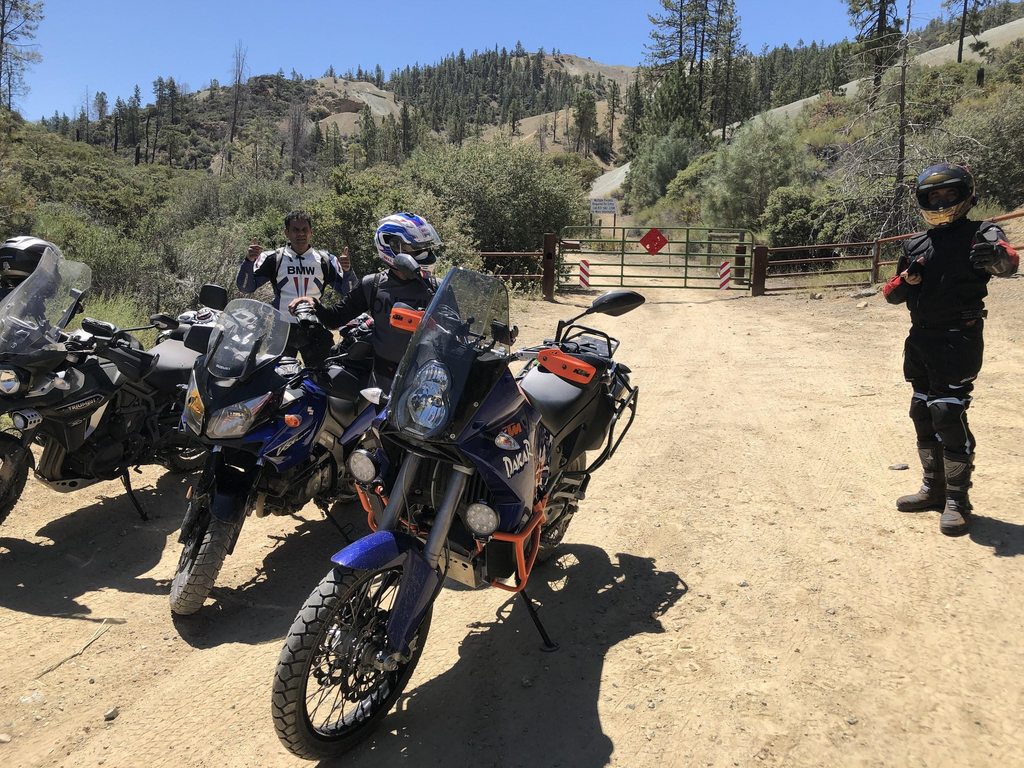 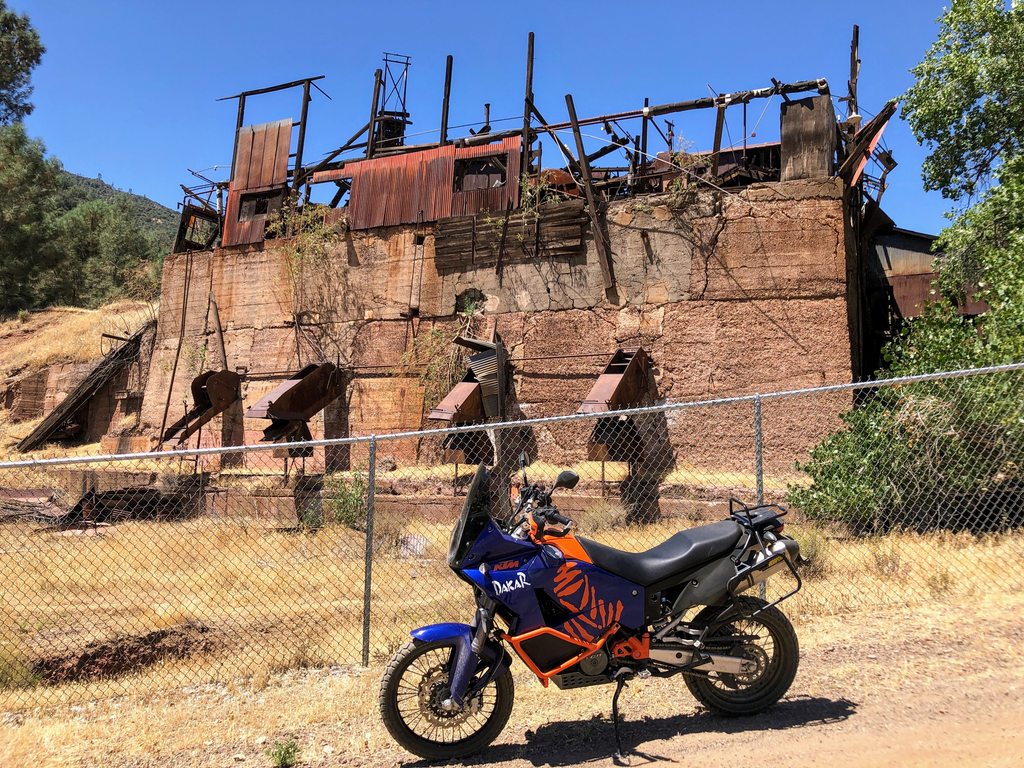 The last leg of dirt was along Panoche Road which runs from Panoche Inn to I5. The road was mostly flat, smooth and well graded, with one interesting water crossing. Anil was riding my KTM 990 then, he crossed the water with ease.

We got to I-5 exhausted with the heat and off-road riding. After a quick bite at the Baja Fresh, we headed back home along I-5.

It was a great first adv ride for me on the KTM and I learnt a lot about riding off-road.