On 27th April 2019 Akshay and I drove down to LA and picked up a 2015 SuperDuke. I had been looking at SuperDukes for a while now. I first test rode one back in August 2018 and I loved it. It is a fairly tall and roomy bike, it looks the part, but more than anything it has a ridiculous engine. The first time I rode it, I was hooked, I knew I had to get one. As I searched for bikes here and there, many popped up, but the one in LA was special. The previous owner had gone a little crazy in modifying it and it had all the right things for me. I spoke to him over the phone and he accepted my reasonable offer.

So we drove down to LA the night of April 26th and stayed at a small motel in Santa Clarita. Early the next morning we checked out the bike and it was great. There was another bike in LA that we wanted to see – a mostly stock 2016 – so we went down there and had a look too. In the end the orange 2015 won me over and we made the deal. We took turns riding it home on I5 and made it home by mid afternoon. 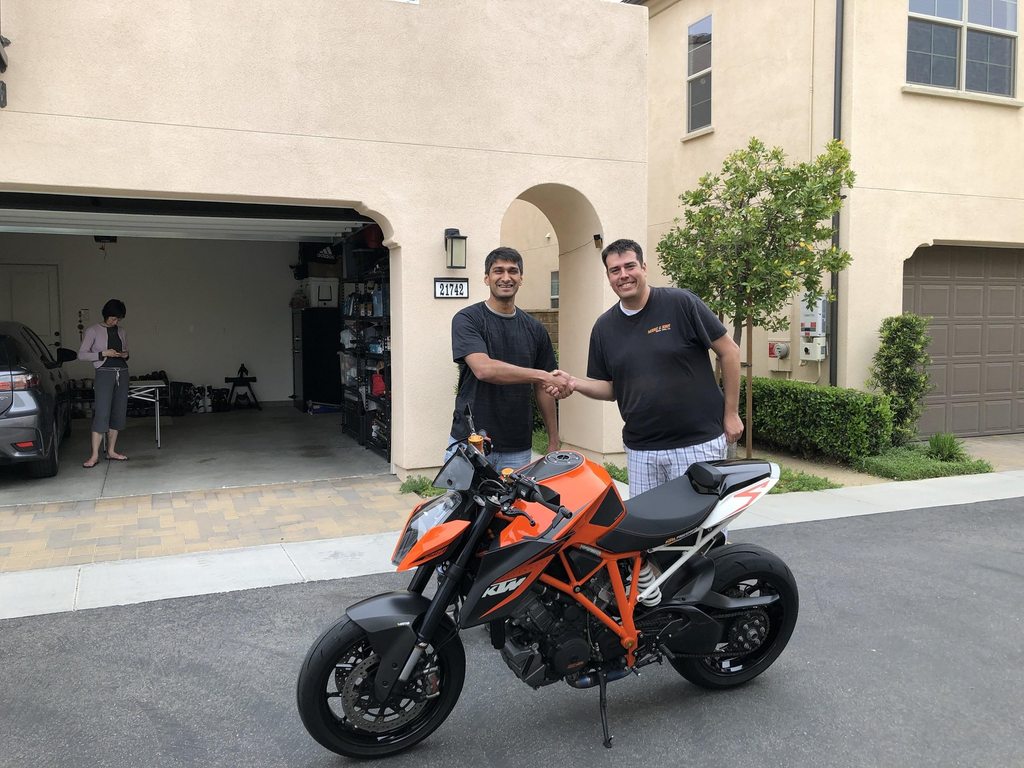 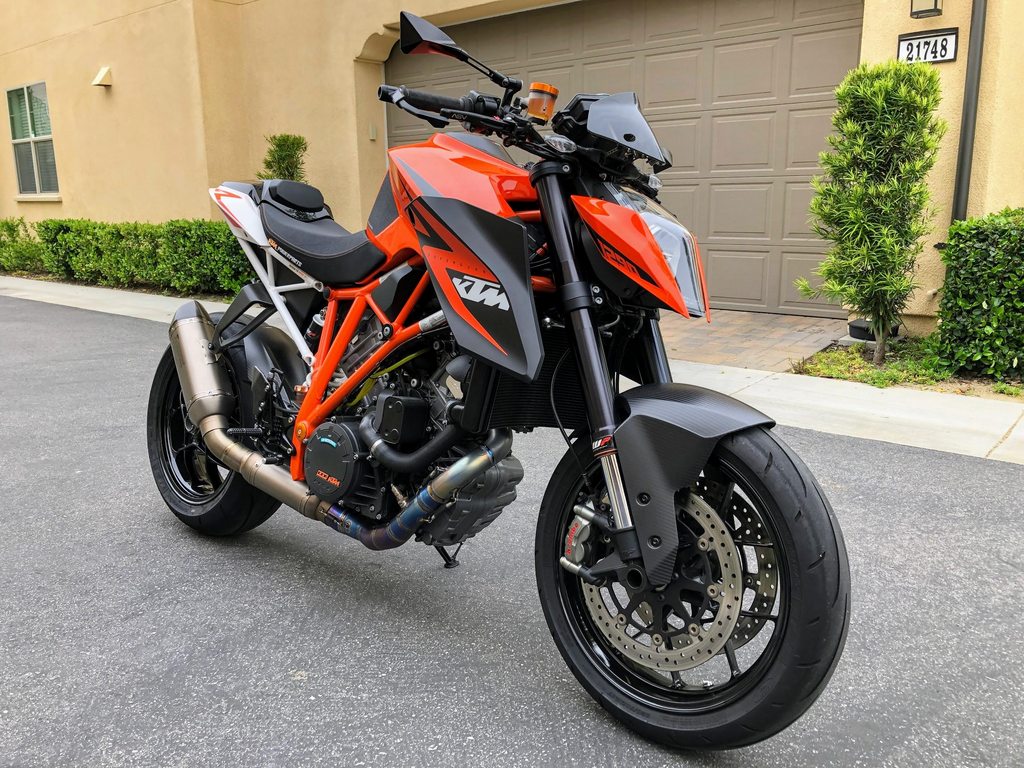 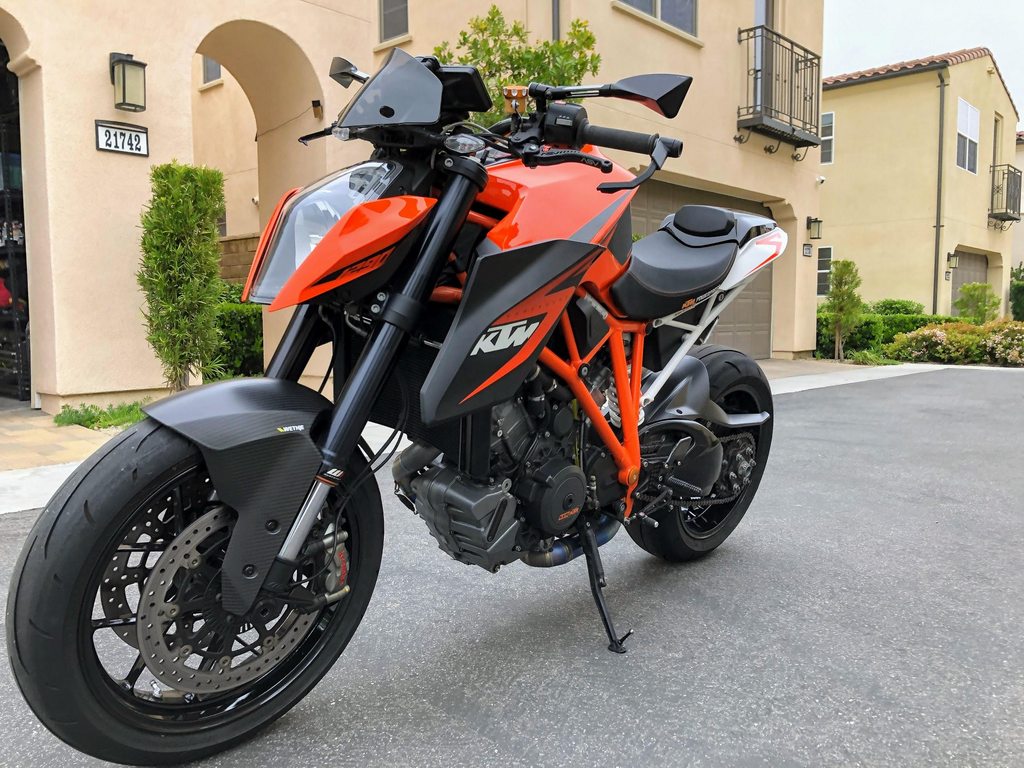 The SuperDuke, as it turns out now, is a phenomenal motorcycle. It is, by far, the fastest, rowdiest, craziest motorcycle I have ever ridden. The Suzuki Hayabusa is a mellow bike in comparison. It has certainly taken me a while to get used to the power of the “SDR”, but I have started to enjoy it tremendously. With a very short wheelbase and an intensely torquey motor, the SDR is prone to wheelie-ing. Even with traction control on – it will wheelie in 1st, 2nd and 3rd gear.

Here is what I posted to a ZRXOA thread (yes, the ZRX board is still one of favorites)

I’ve put about 400 miles on the bike so far. The first 300 were simply riding it back from LA. After about 100 miles of twisty riding, here are some observations:

The bike has a lot of power. It makes a tremendous amount of torque off the line (106 lb-ft with the Akrapovich system), definitely more than the Busa. While the Busa develops speed linearly, the Duke jolts me in the seat. It is definitely a bit jumpy … and a small amount of throttle makes it lurch. I am still getting used to the power. Second & third gear roll-ons are a little scary.

Handling is great. I’ve not played around with the suspension damping settings, but it seems to take turns confidently without drama. It has a much shorter wheelbase than the Busa, so it turns like a bicycle. As I sit much higher on this bike, I get the feeling that I can lean it a lot more. I scrubbed the rear tire to the edge, the fronts will need to wait till I’m more confident.

With traction control ON, the bike still wheelies in first, second and third gear. Maybe only about 6-8 inches, but the front wheel does come off the ground. The TC light comes on for a second and the wheel comes back down. I have not yet yanked the throttle open, but even a firm roll-on in second gear lifts up the front. I have not tried to turn off TC, too early to try that.

I did play around with ABS modes. The supermoto mode was interesting and it makes it so easy to spin the rear wheel. I never knew that rear wheel spin was a thing – coming out of a turn, I can spin the rear wheel with a little gas, and the bike is pretty composed and under control. Lots of fun.

Not much difference between Street mode and Sport Mode. Sport is a little more aggressive I guess, but this is such a big departure from the Busa that I didn’t notice the difference between the two. Rain mode is mellow and I can feel the bike slow down. A gentle Sunday ride would be best in Rain mode.

BTW, this is not a freeway bike. Riding in sixth gear feels like I am lugging the engine, even if I’m going 80+. 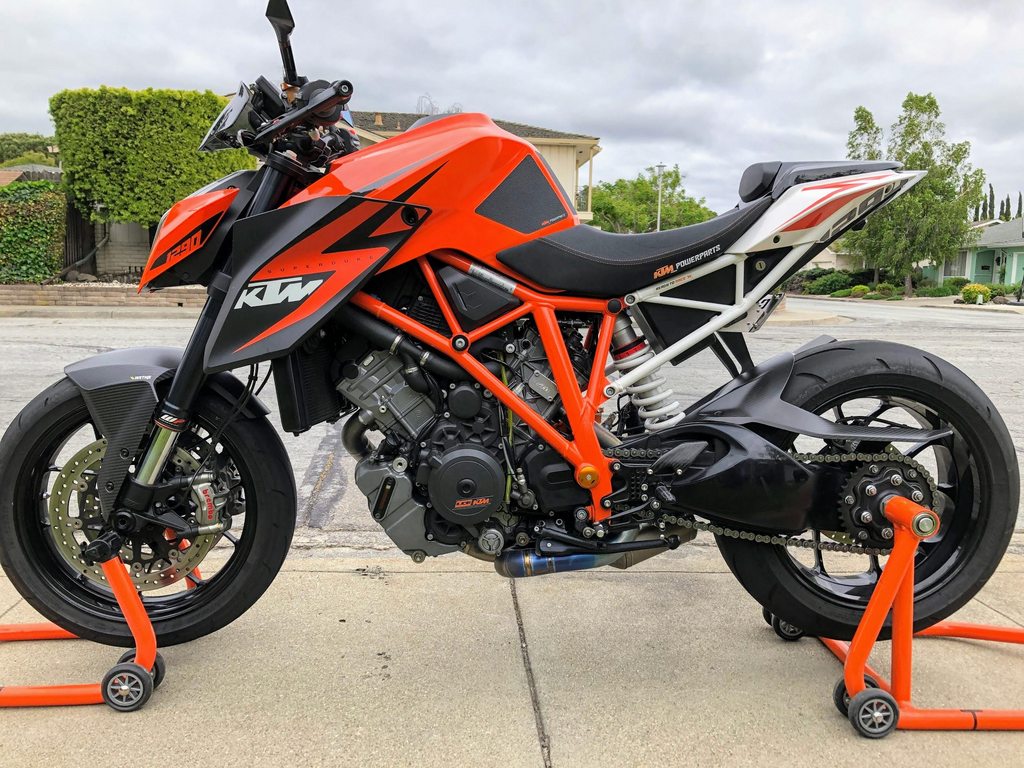 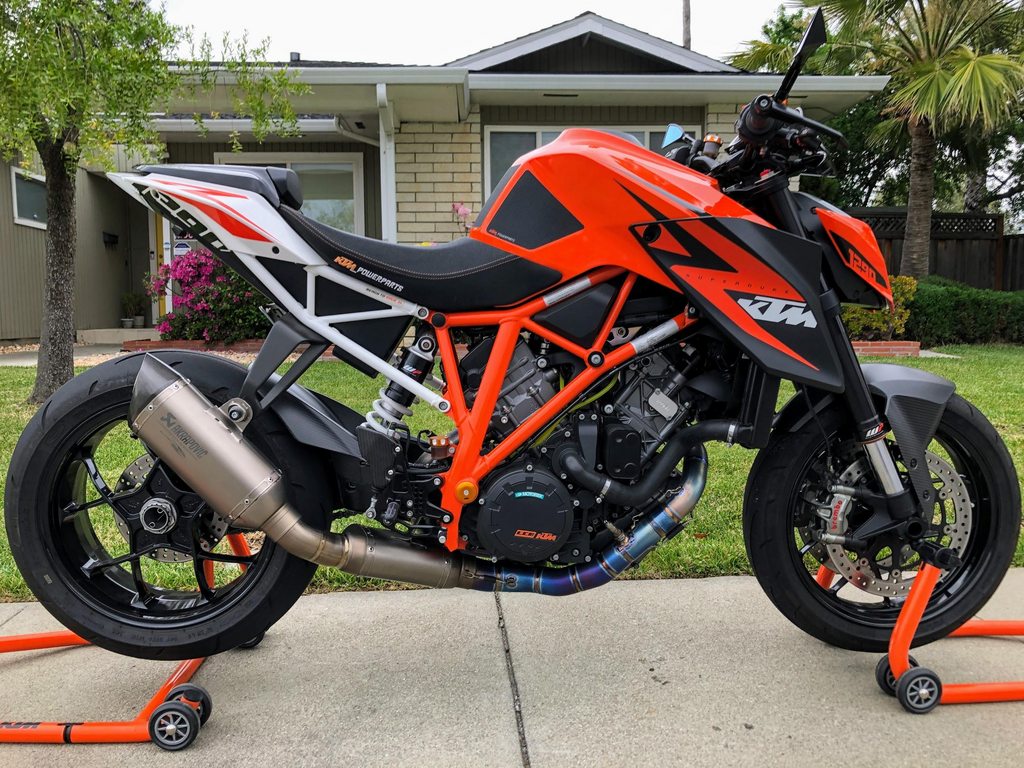 On 25th July 2019 Akshay and I drove about 50 miles north to Suisun City and picked up a 2008 KTM 990 Adventure S. This was not an impulse buy, but a bike I have always wanted to buy … ever since the first 950/990 bikes came out. I was especially interested in the S model, with the higher seat height and longer suspension travel. There are always a lot of 950 & 990 bikes listed for sale on advrider.com, so I started my search there. A few weeks into the search the exact bike that I wanted popped up on the local SF Bay Craigslist. So I made a deal with the seller over the phone and went and picked up the bike the next day. 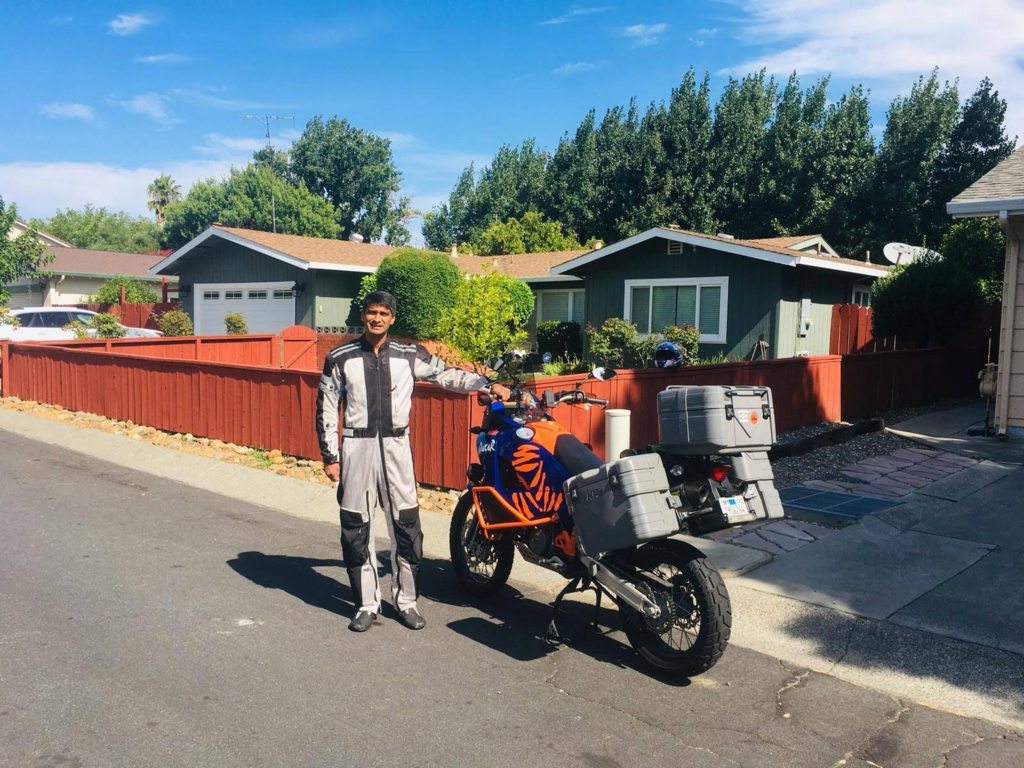 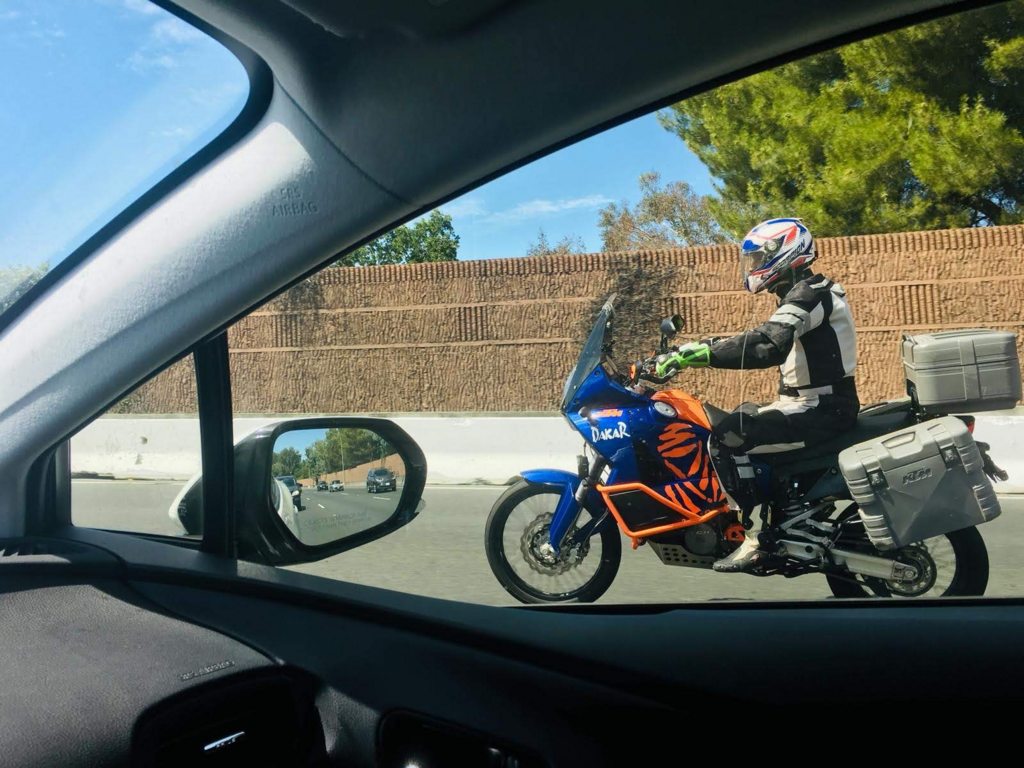 The 990 adv S is a great dual sport adventure bike. Powerful engine, roomy ergonomics, decent brakes and amazing off-road capabilities. The Hepko Becker hard bags provide a ton of storage while the LED lights up front create a visible facade to traffic around the bike. I am loving this bike so far, the only downside is the twitchy fuelling at low RPMs, which I can hopefully fix with a fuel map from AdvRider. 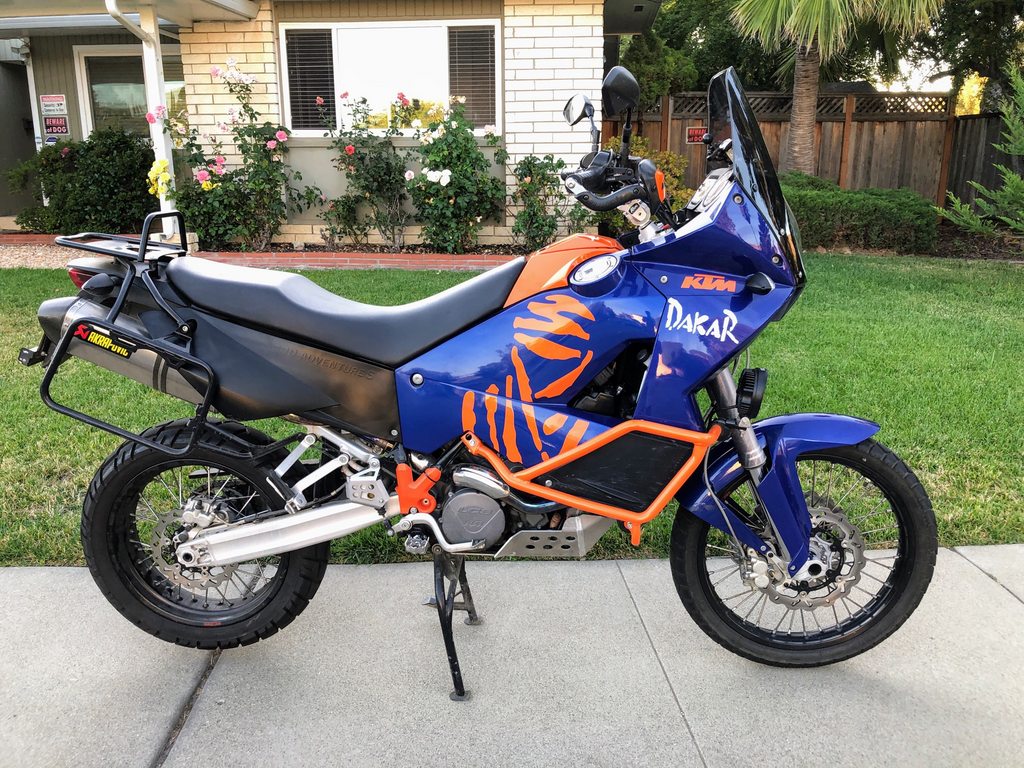 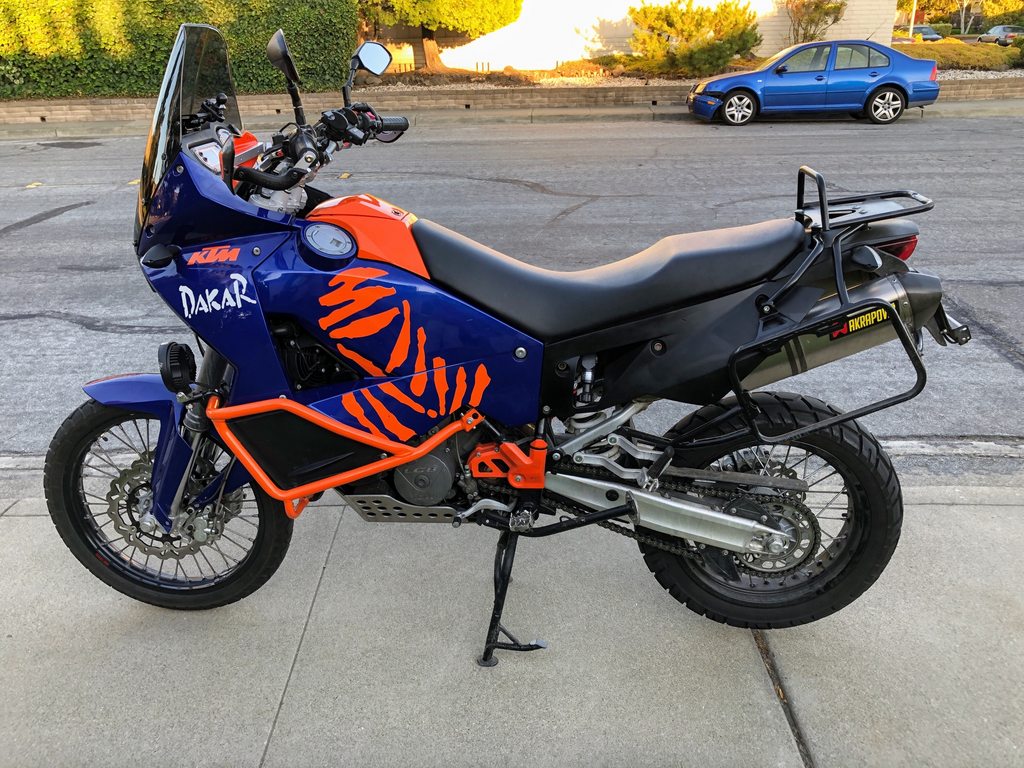 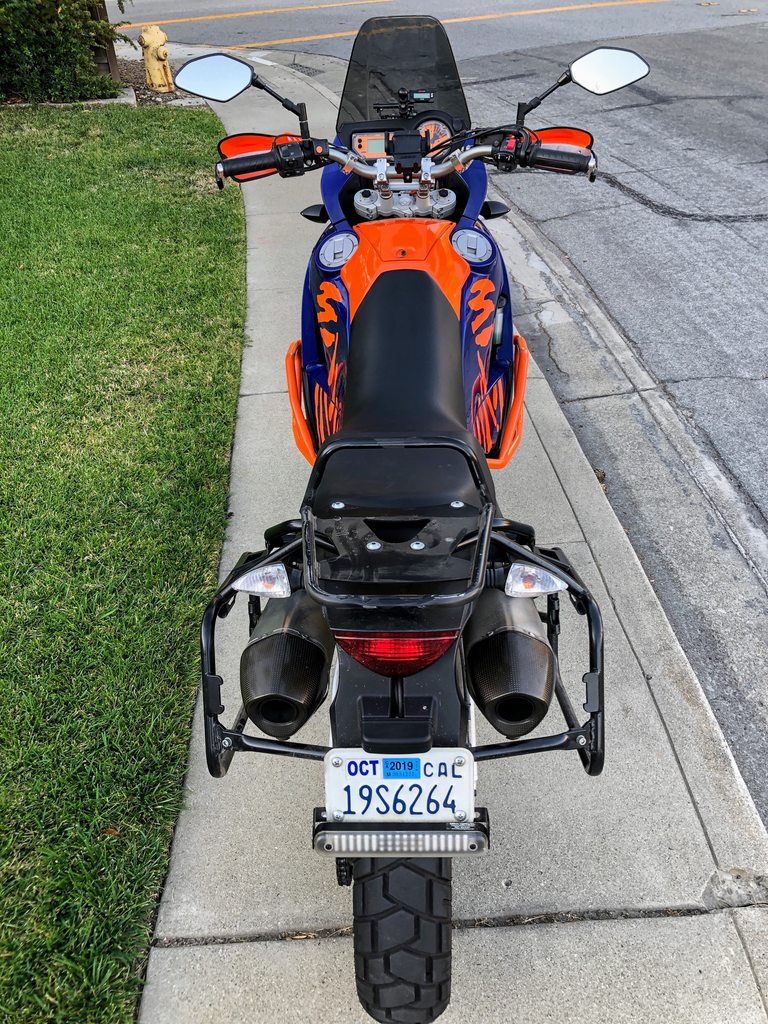 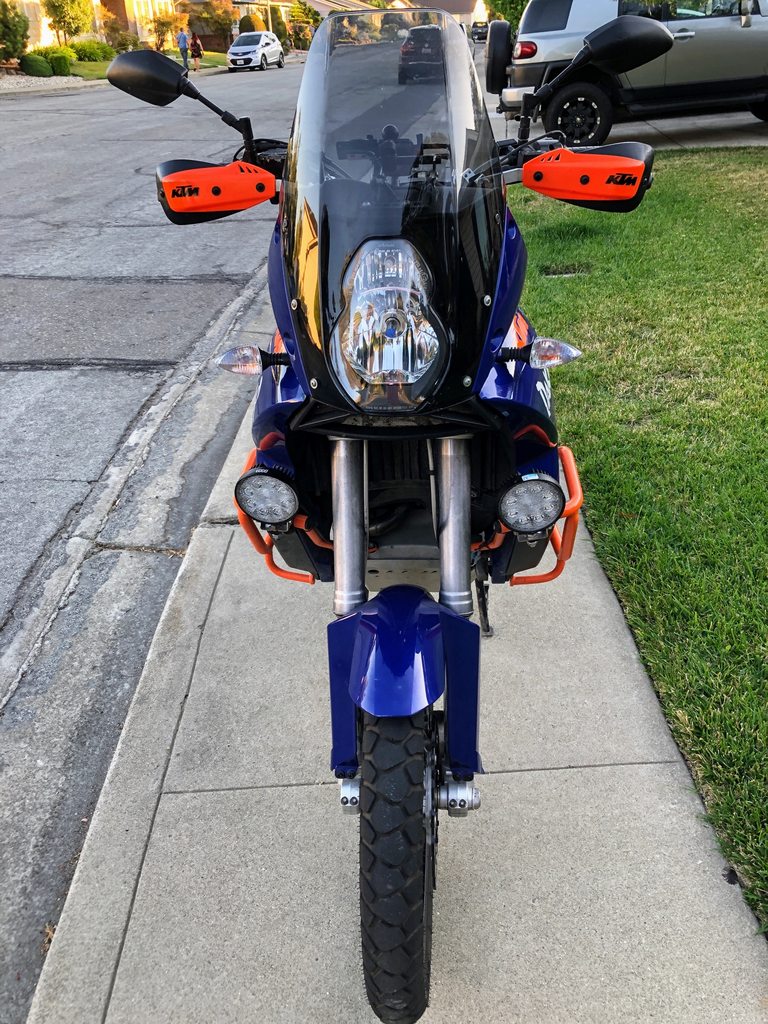