By an amazing stroke of luck, I found myself with 4 weeks of vacation between jobs. The first two weeks were a little busy wrapping up my old job and planning the start of the new job, so it was closer to 2 weeks than 4, but by any means a long stretch of time to myself. So what does one do with 4 weeks? If this was really 4 weeks in the summer, I would have made a solo trip to Alaska. Solo because it’s almost impossible to find someone else with that much free time. Yup, thanks Silicon Valley. So I ended up meeting lots of friends, hanging out with the wife and kids, going on a school field trip, traveling to the East Coast, and a couple of day long motorcycle rides. This was the first of them.

I left Fremont early one weekday morning and drove to Redding to Bill’s house. The drive was uneventful and easy as I listed to Dirty John. We had a big breakfast at Lumberjacks and started on our way after dressing warmly. The first part of the ride was I-5, straight down to Red Bluff. We took the exit to Hwy 36, gassed up and then stopped at the famous Hwy 36 sign for pictures. 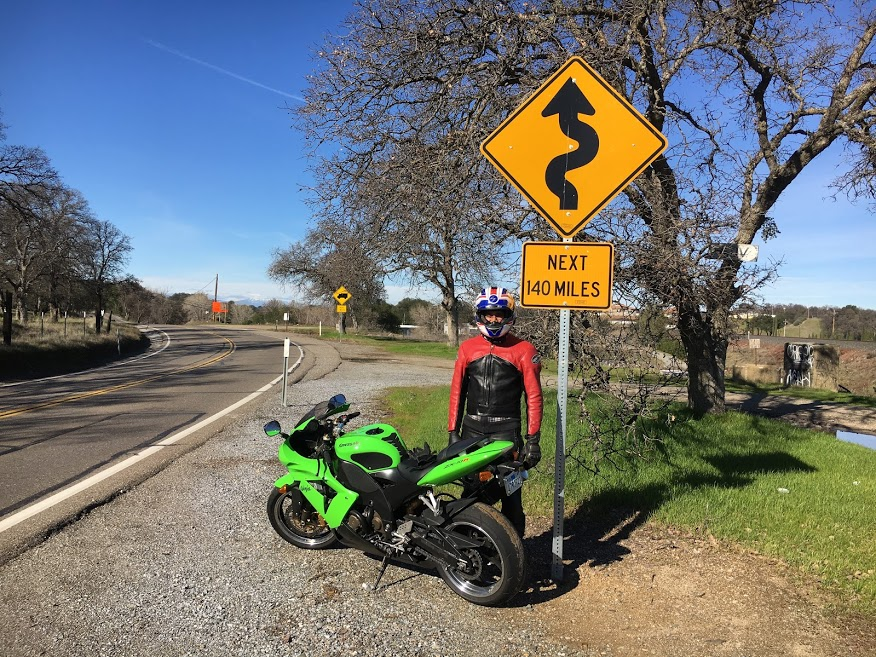 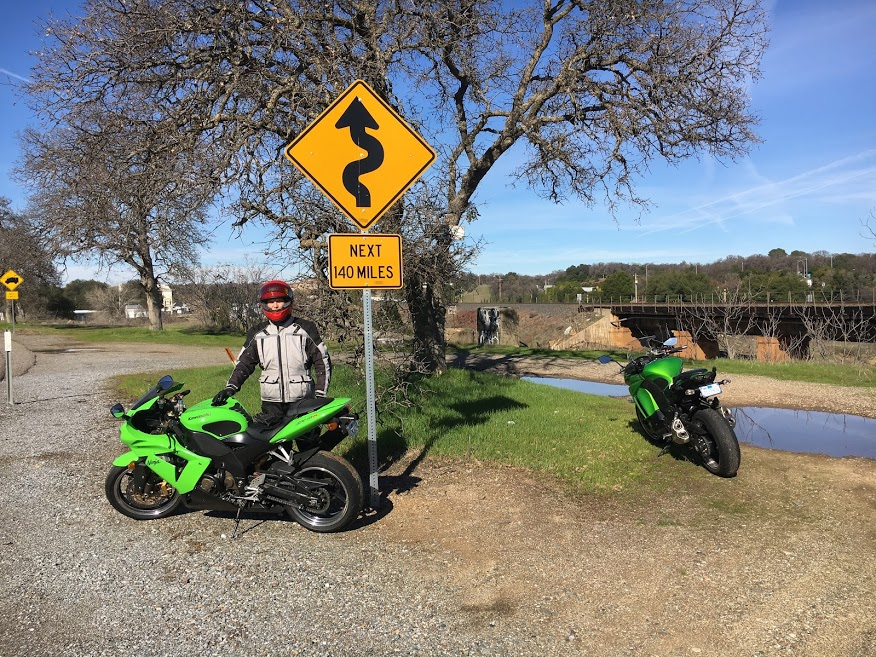 I consider the initial part of Hwy 36 as truly the best of any road in California. It was cool but dry and I enjoyed the curves and whoops very much. The first 40 or so miles were easy and we kept a brisk pace. As we started the climb to the top, it started to get cold and wet and we saw remnants of snowfall on the edge of the road. We had slowed down, but by the time we summit-ed we were going at a slow crawl. The last 5 miles were a True Grit ride, white knuckles, death grip, shivers, the works 🙂 We made it across somehow and stopped in Hayfork for gas and some much needed hot coffee. Hwy 3 and 299 were also very good, as usual, and 172 mile ride came to an end at Bill’s house in Redding. 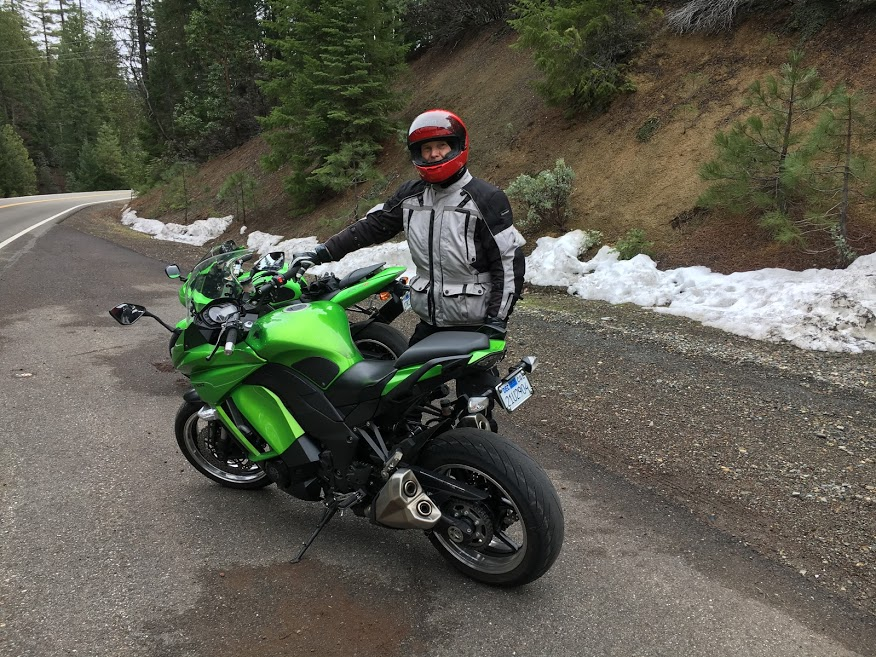 I very much enjoyed riding Bill’s ZX10R. I looked up the Motorcycle Consumer News spec sheet… A 2008 Gen-II Hayabusa weighs in at 577 lbs wet, while the 2004 Gen-I ZX10R weighs 432 lbs wet. That’s a whopping 145 lbs difference! No wonder the ZX10R feels like a bicycle with a rocket engine. The engine on that bike revs very quickly and builds constant linear power everywhere. While the bike is pretty docile, the front wheel has a tendency to come up. I remember on one of the many whoops on Hwy 36, I crested the top of the hump while gassing it just a tad more than necessary and front end came up by a lot. Great fun bike and I immediately saw the appeal of a light track liter bike. 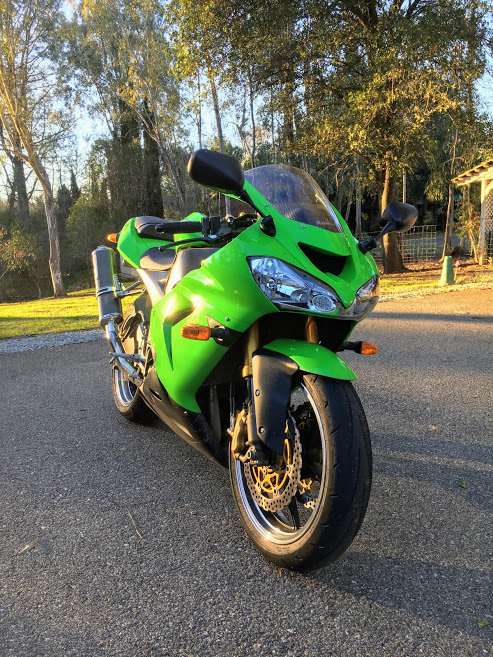