This blog was previously hosted on my own domain (sujitkirpekar.com) and shared webhost (Hostmonster). Due to a recent vulnerability, Google and Mozilla started classifying the blog as a “Reported Attack Page!” making it ugly to read & post to the blog. Solution: I moved it over here to wordpress.com and deleted all the old files there. It will probably take a few weeks for Google to reclassify.

The weekend before last (August 20th), I had a chance to ride with the “badris” (for Bay Area Desi RIders) 🙂 . A close friend of mine, Shobhit, recently bought a Honda Shadow 750 and I was introduced to the badris through him.

On Saturday morning, we rode through Nile out to Dublin, where we picked up Vaibhav who rides a Honda Goldwing. We then rode down 680, took the Sunol exit and had a blast riding the twisties on Calaveras. 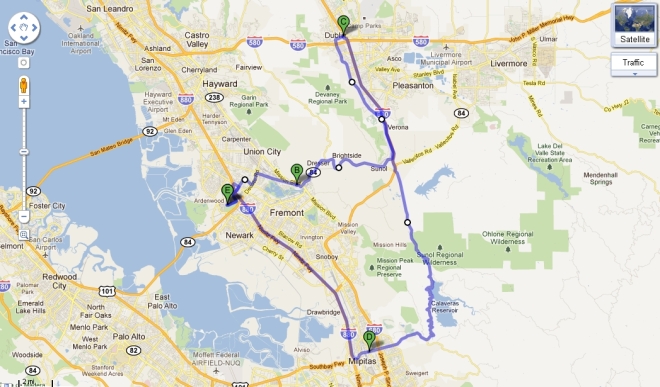