July 12th 2021 marks ten years since I bought my first motorcycle in the US, my trusty old DR650. So this blog is now 10 years old, has over 100 posts and gets about 1500 unique visitors (and 5000 views) per year. I started this blog because I wanted to document my journey through motorcycles and have this diary of motorcycling experiences that I can look back on when I’m older. So far these motorcycles have offered a fun, exciting and satisfying journey and I consider myself lucky to be able to enjoy this sport.

I made many great friends through motorcycling, some old and some young. I probably logged about 60,000 miles over these 10 years. I started out riding slow and became faster as I gained confidence. As I crossed the age of 40, I have started slowing down now, riding more for the experience rather than the thrill of speed. I rode street, track and adv, but did not enjoy the track… Enjoyed adv & dirt tremendously.

Best sounding bike? Tie between the Super Duke and the SportClassic

Favorite road? Just too many to choose from, but if I had to pick only one: Wentworth Springs Road. Followed closely by Quincy La Porte, Hwy 49, Mosquito Ridge Road, Hwy 26, Hwy 108 and Hwy 36

Favorite beer? Pliny the Elder, any time I ride in the North Bay

Motorcycling also developed my skills as a amatuer mechanic. Between a dozen or so oil changes, several fork rebuilds, carb rebuilds, many valve adjustments and brake jobs, and helping my buddies with their motorcycle maintenance, I became a decent mechanic.

I crashed on the street once, on Ayon’s VMax on Calaveras Rd, where I braked too hard, the rear wheel locked up and the bike slid. As the bike came to a stop, it tipped over. Thankfully both the bike and me came out without a scratch. In the dirt, I did crash a couple of times on the DR650 and KTM 990, but both were again slow speed falls in soft dirt, and thankfully no damage to me or the bikes.

I’ve also had several close calls. On Day 1 of the 2014 annual trip, I almost lost the front end on my SV650 on Hwy 1. The road between Rockport and Leggett is excellent, and I was pushing the bike hard. At the mountain ridge the road crests and takes a sharp left. I came in too hot there and braked hard almost losing the front end. I was able to recover, but rode the rest of the ride with caution. On the 2021 Sierra Passes ride, I got into a pickle trying to pass a long line of slow cars, as one guy in a car didn’t notice me and jumped into the passing lane almost taking me out. I was able to avoid him, though narrowly by only a few feet. Surprisingly he didn’t back off even after he noticed me, he just kept going as if nothing happened. I’ve tried to learn as much as I can from these close calls, never coming in too hot into a turn, let alone a blind turn, passing other cars and bikes with extreme caution, and in general, passing cars only when truly necessary.

So what’s next? The thirst for speed is gone. I only ride to meet friends, get some fresh air or explore a new place. I’m in no hurry now and I have no motivation to “take the corner” as fast as possible. I much enjoy a relaxed paced. Also the quest for a different bike every year is gone. I like the 990 and I’m enjoying the adventure riding experience. I will keep it for a long time as long as it’s running.

Onwards and upwards then, to more rides and more experiences. I’m grateful for everything. 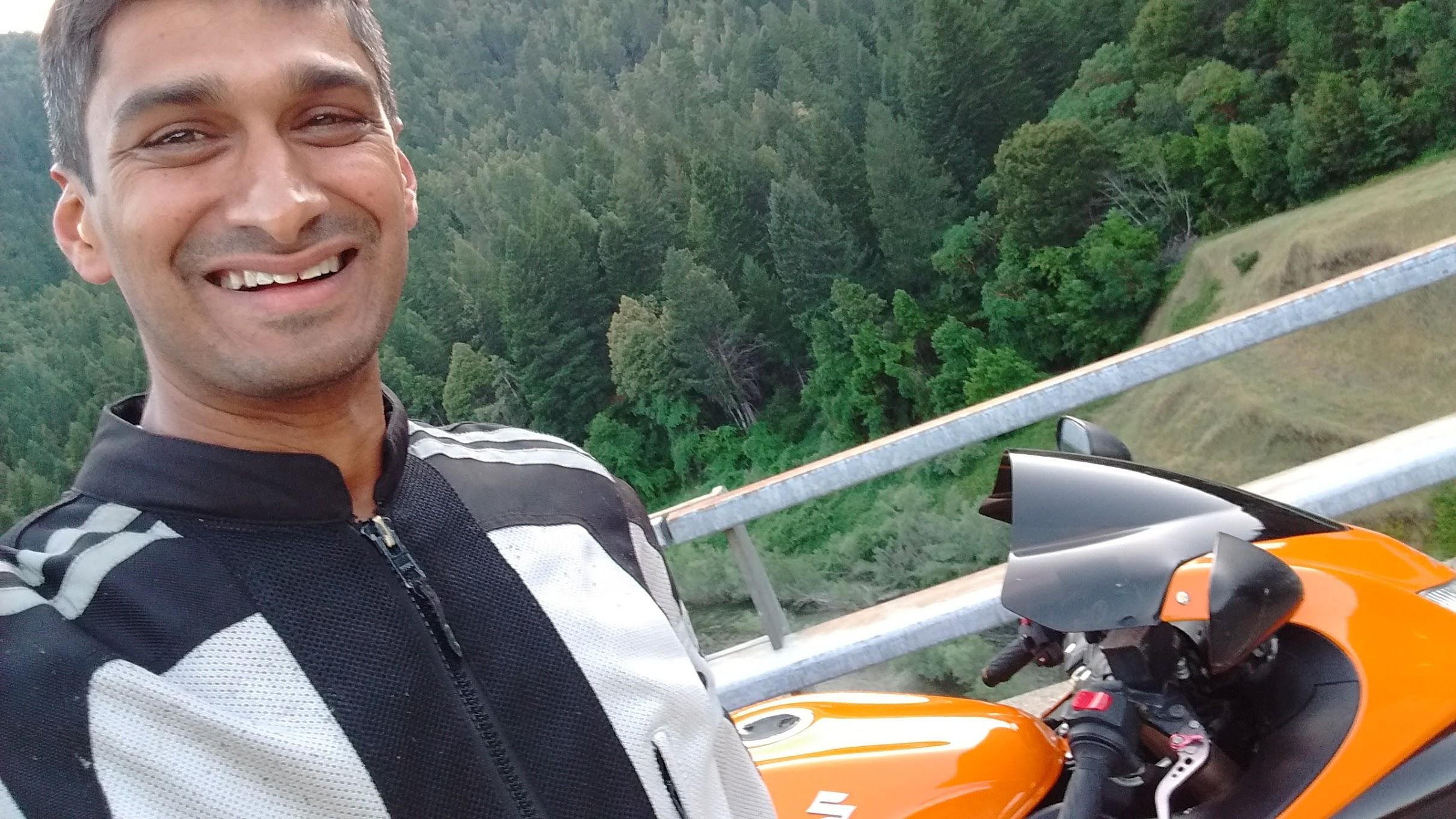