We were early in the season, maybe 1 or 2 weekends after Sonora Pass opened. There were a total of 7 riders (+1 who joined late at Walker) –

Thankfully there were no close call, crashes or tickets, which I guess is always a risk in a large group ride that last 400+ miles.

This year I took a short detour off Hwy 89 near Monitor Pass, to Levathian Peak and rode up the 2 mile dirt road to the Forest Service lookout post. The air was extremely clear there and the views were amazing. The lookout itself was gated off, so I stopped a few yards before the summit and took some pictures. 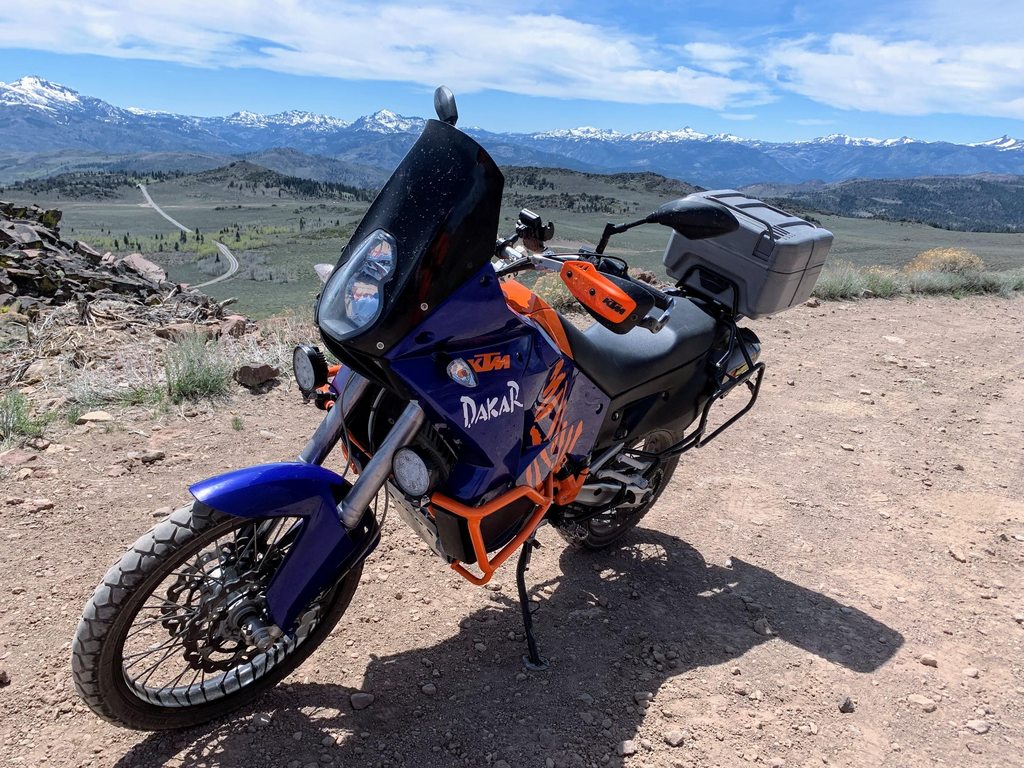 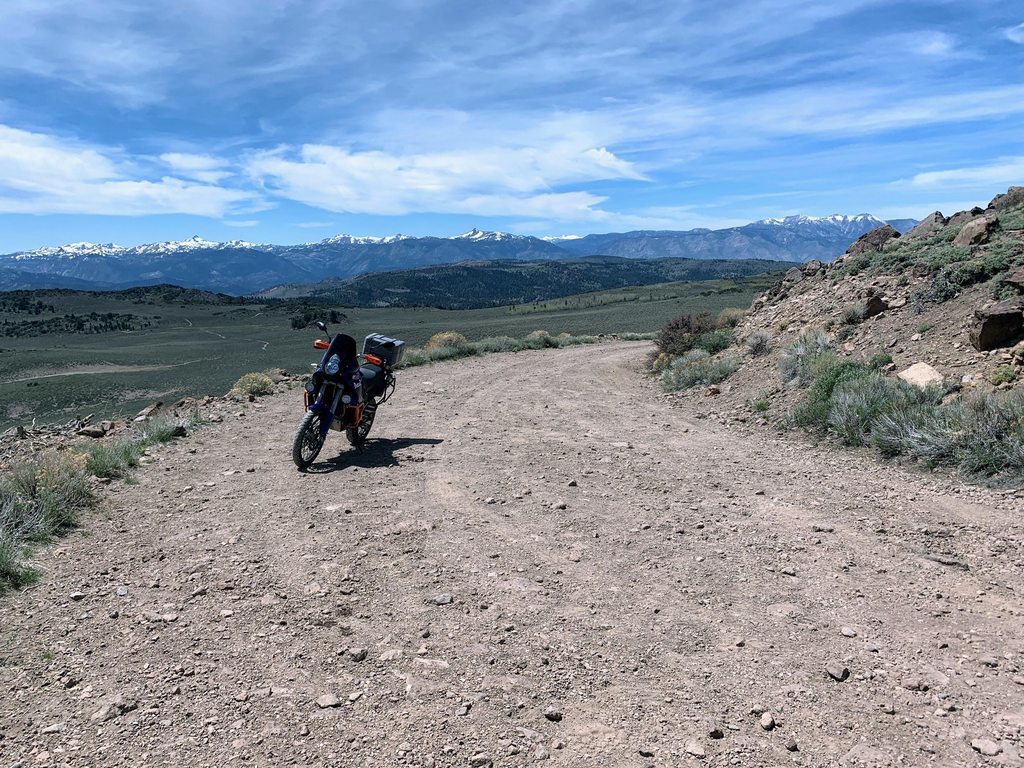 This is the lookout (not my picture): 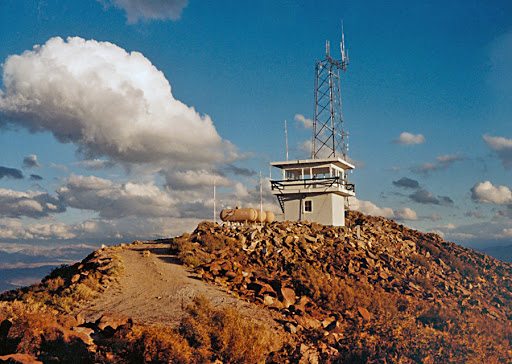 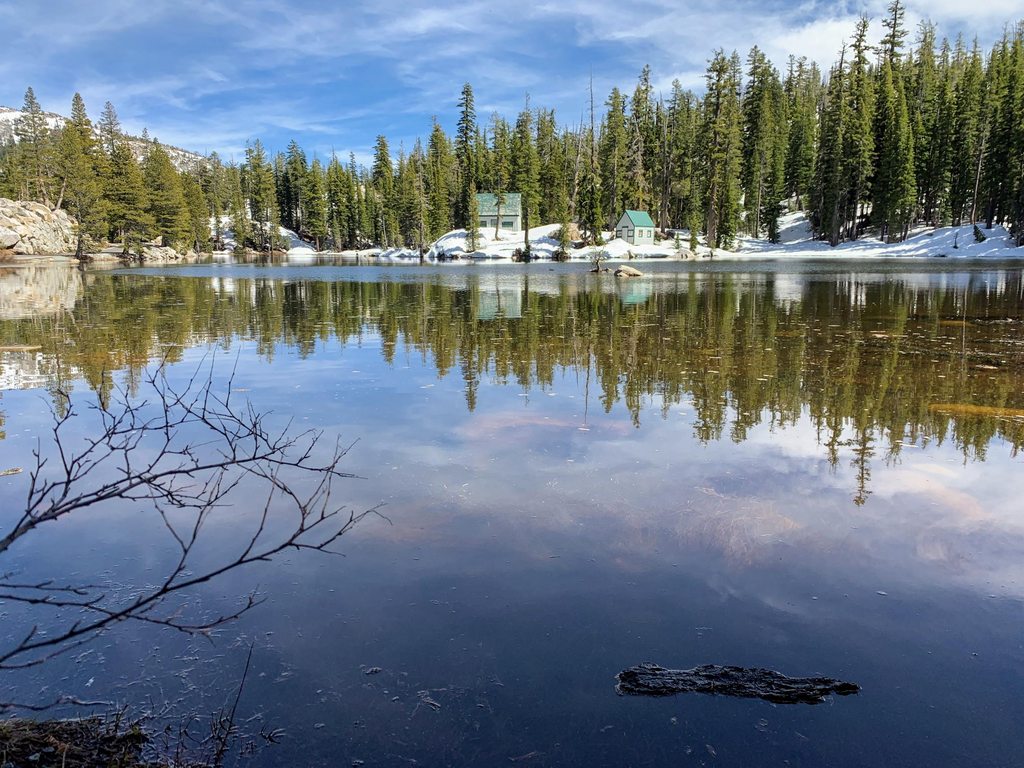 Night Cap Peak with a lot of snow: 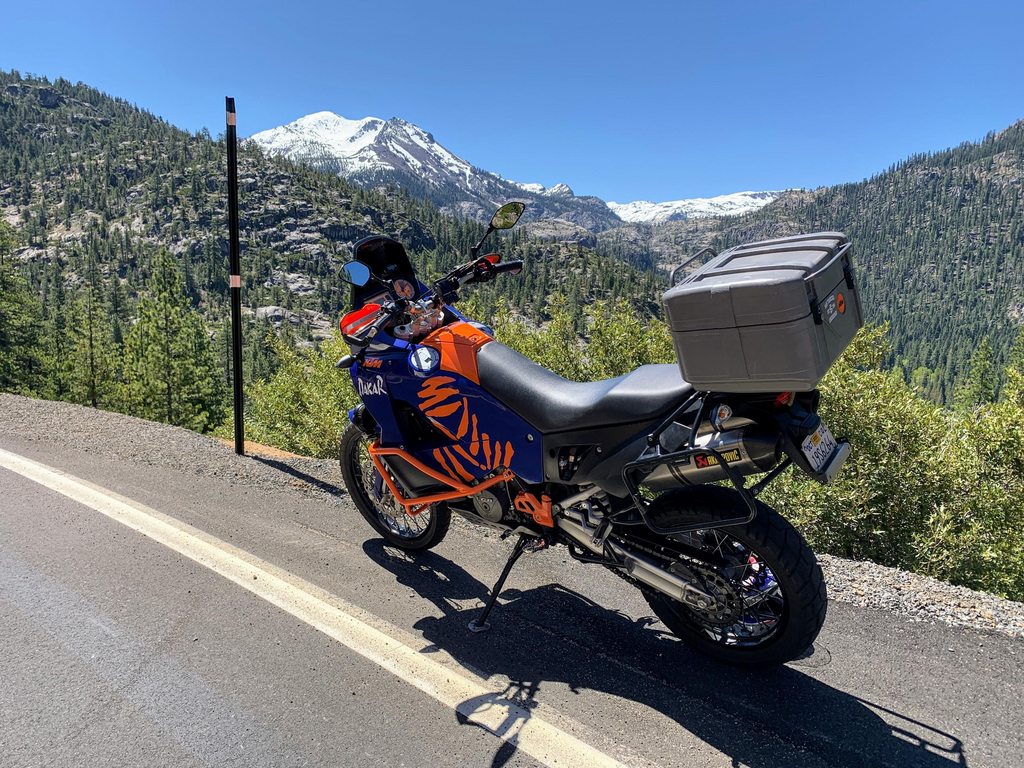 The MV is a beautiful looking bike: 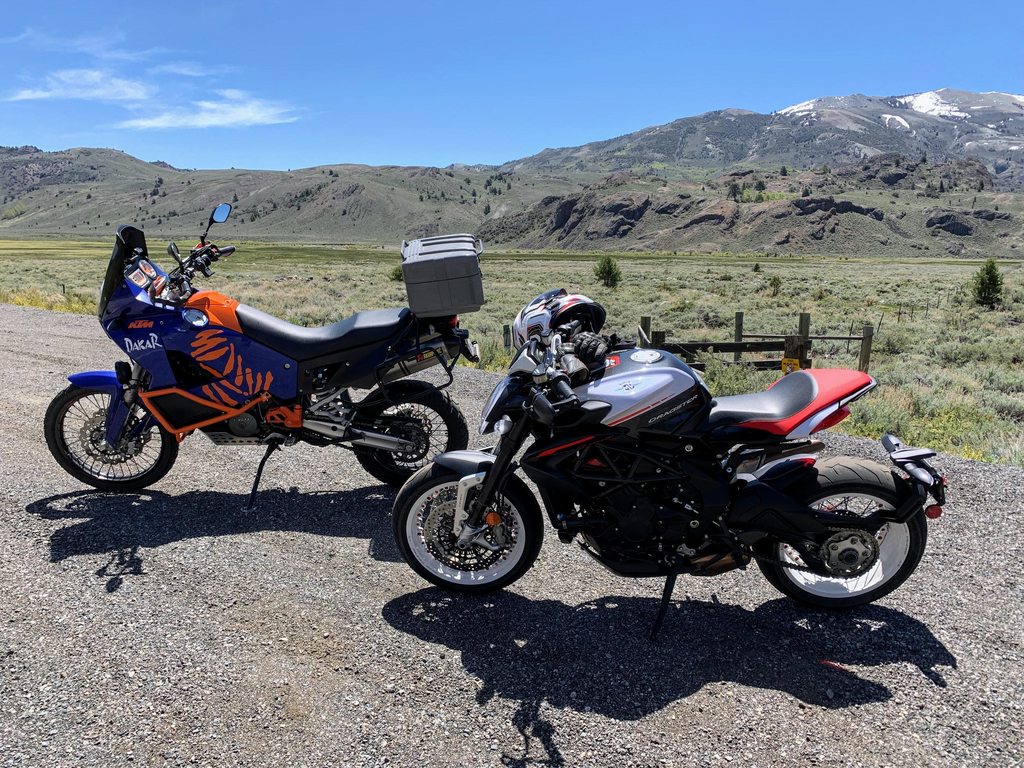 My favorite vista of Leavitt Meadows: 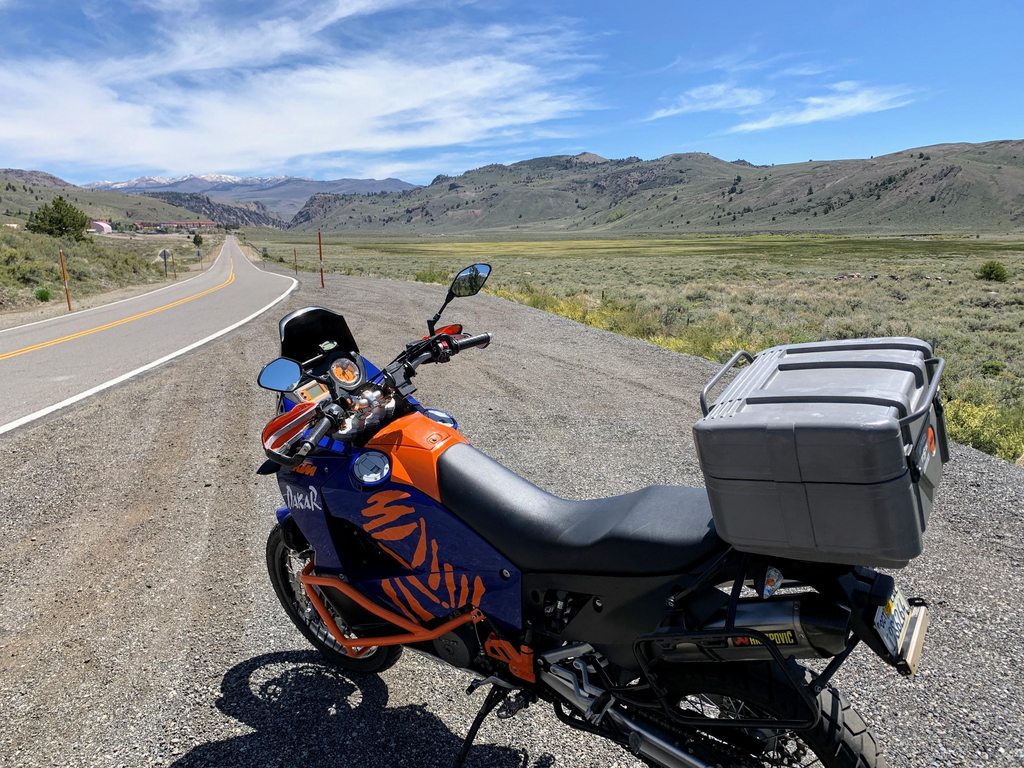